Chew Yi Wei completed her PhD at the Department of English Language and Literature, National University of Singapore in 2015, and is currently a lecturer at the Singapore University of Social Sciences. She has been published in the literary journal Quarterly Literary Review Singapore, Transnational Literature, Eastlit and POSKOD.SG. Indelible City is her first book.

Little is known about Graham, apart from the fact that he and his wife visited their friends in Singapore during the early 20th century. He later published his diary of the trip, My Wanderings in the Far East (c. 1935).

An English-born author of Irish descent, Farrell won the Booker Prize twice for his novels Troubles (1970) and The Siege of Krishnapur (1973). He spent much of his life abroad, and his “Empire Trilogy” chronicled the spectacle of British colonialism in Ireland, India, and Southeast Asia. The Singapore Grip (1978) was published as the final book in the trilogy shortly before his death.

K. Kanagalatha received the Singapore Literature Prize for Tamil Fiction in 2008 for her short story collection, Nan Kolai Seyium Penkkal (The Women I Murder) (2007), which was later translated and published as The Goddess in the Living Room (2014). She is also the author of two collections of Tamil poetry, Theeveli (Firespace) (2003) and Paampuk Kaattil Oru Thaazhai (A Screwpin in Snakeforest) (2004).

Meira Chand is of Indian-Swiss parentage and was born and educated in London. She holds a PhD in Creative Writing from the University of Western Australia, and has authored nine novels which variously explore issues of identity, belonging, and cultural dislocation. A Different Sky, her first book set in Singapore, was longlisted for the International IMPACT Dublin Literary Award 2012.

Neil Humphreys is the author of twenty-seven books, including the popular Complete Notes from Singapore series and crime fiction series Inspector Low among numerous other titles for children and adults. Apart from his writing, he has worked as a radio host, TV writer, and as a humour columnist for local newspapers such as TODAY and The Straits Times.

Currently Managing Partner and English Teacher at Master Class Learning Centre, Ng holds a Master degree from the University of Cambridge, and a Postgraduate Diploma of Education (Secondary) with Credit from Singapore’s National Institute of Education. She taught English Language, Literature, and General Paper at various local schools prior to her move to teaching at enrichment centres.

Nigel Barley is the author of twenty books. Originally trained as an anthropologist, he first visited Southeast Asia in the course of his work in the British Museum’s Ethnography Department. After forays into Thailand, Malaysia, Singapore, Japan and Burma, Barley focused his research on Indonesia and has studied both its history and contemporary culture. He is currently a writer and broadcaster.

Paul Tan Kim Liang has published five collections of poetry, including Curious Roads (1994) and Driving Into Rain (1998). He has directed four editions of the Singapore Writers Festival, and served in various positions at the National Arts Council prior to his appointment as its Deputy Chief Executive. Tan is currently on hiatus from full-time work to pursue a PhD in English.

R.N. Walling worked at The Singapore Free Press, Singapore’s second English-language newspaper which was in circulation from 1835 to 1869. Walling believed in “the provocative light of modern journalism”, and the text “An Eastern Petticoat Lane” is part of his book Singapura Sorrows (1931) which contains sixteen sketches of colonial life in Singapore.

Lim received the inaugural Singapore Literature Prize in 1992 for her third novel Fistful of Colours, and was awarded the Southeast Asia Write Award in 2012 for her literary contributions to date. She has published five novels, two short story collections, as well as multiple children’s books and non-fiction work. A former teacher, she has been a full-time writer since 2003.

Paul Teo Poh Leng was born in Singapore in 1912. His poem F.M.S.R. was published in London in 1937 under the pseudonym Francis P. Ng, making it the first known collection of English poetry by a Singaporean writer. As Teo was killed during the 1942 Sook Ching massacre and the publication information was lost during WWII bombings, his identity was only uncovered in 2015.

A notable poet and writer, Wong is also a scholar of Chinese literatures and comparative literature. He has won many literary awards, including the Singapore Cultural Medallion, the ASEAN Cultural Award and the S.E.A Write Award. His creative works include Beyond Symbols, Taste of Durian and Cultural Landscape.

A two-time Singapore Literature Prize winner, Yong has authored several poetry collections, including Isaac (1997), dowhile (2002), From Within the Marrow (2010), as well as the award-winning Frottage (2005) and The Viewing Party (2013). His poems and short stories have been published widely in literary journals and anthologies. He was also the editor of Passages: Stories of Unspoken Journeys (2013) and Here Now There After (2017).

Anngee creates drawings with an emphasis on storytelling through compelling characters. Her quirky, surreal and whimsical works have breathed life to children’s books such as The Rock and the Bird and Do Gallery Sitters Sit All Day? Things People Really Do In A Museum. She illustrated campaigns and books for clients such as National Gallery Singapore, National Museum of Singapore and Esplanade.

ARAIKREVA is a full time artist dedicated to urban arts and illustration. She pursues creative endeavours head first with big curiosities and bigger passion to fill. Her eye for detail transforms her artworks into stories and conversations for her audience.

Charmaine Tan (also known as her alias FraunFraun) is a Singapore-based illustrator and 3D artist whose colourful creations combine surreal imagery with familiar sights from the world around us. A huge lover of all things bold and graphical, she enjoys collecting comics and trinkets with unique designs that she sometimes features in her work.

Claire is a highly visual individual with an interest in storytelling as she seeks to bring experiences to audiences across mediums. Her works range from illustrations and graphic design to filmmaking and scriptwriting. In her spare time, she bakes bread and draws fantasy-inspired art on her art account @comatomato."

Low graduated with a Master of Fine Art in Animation from Savannah College of Art & Design, Georgia, and currently works as a freelance illustrator and adjunct university lecturer. His works have been featured in The Art of Urban Sketching, An Illustrated Life Vol.2, and Urban Sketching: The Complete Guide to Techniques, among other books.

Andrew (a.k.a Drewscape) is an Eisner-nominated comic artist and freelance illustrator. His work includes the Sherlock Sam book series as well as art for magazines, print ads and picture books. He is the author of two graphic novels: Monsters Miracles and Mayonnaise and The Ollie Comics: Diary of a first-time dad. Andrew was formerly an advertising art director at DDB Worldwide and J. Walter Thompson.

A freelance illustrator based in ever-sunny Singapore, Eliz loves to draw and is also interested in printmaking. She has illustrated for multiple children’s books, including the Percy and Pam series, Timmy & Tammy series, and other educational publications.

Eugenia graduated from the LASALLE College of Arts with a BA (Hons) in Design Communication in 2021. An aspiring graphic designer, she is keenly interested in ways of making and reading in cultural fields.

James Tan is an illustrator and art educator. His published graphic novels include All Death Matters and All That Remains, which respectively explore dementia and end-of-life care. Tan also wrote and drew a travelogue The World is So Big: An Artist’s Sketchbook about his travels around the world. He likes to hang out at the kopitiam and watch people while sipping kopi.

An illustrator and cartoonist, Joy graduated from the Maryland Institute College of Art (MICA) with a BFA in Illustration with Art History and Book Arts in 2017. Clients they have worked for include NPR, BOOM! Studios, Mandai, National Museum of Singapore, DBS, CDL, and the Substation. Their art has been recognized by the Society of Illustrators, MoCCA, the Will Eisner scholarship, 3x3 Illustration, and others.

A skilled illustrator, Muhammad Izdi’s creative practice also includes mixed-media installations, sculptures and animations. He has worked on commissions for exhibitions such as Open Sea at the Museum of Contemporary Art in Lyon, France (2015) and Atypical Singapore (2018-2020), a travelling show in collaboration with the Singapore Tourism Board and Chan + Hori Contemporary with iterations in Moscow, Yangon, New Delhi, Bangkok and Singapore.

An award-winning illustrator of over 180 children’s books, Patrick Yee is a two-time recipient of the Macmillan Children’s Books Prize and has also won Popular bookstore’s Readers’ Choice Award. In 2016, the Singapore Book of Records recognised him as the “Most Prolific Children’s Books Illustrator” locally. A dedicated arts educator, he lectures part-time at the Nanyang Academy of Fine Arts and Nanyang Polytechnic.

Rachael Lum (a.k.a. Flourish Creature) is an illustration artist and motion designer from Singapore with a love for crafting meaningful, creative storytelling. She is heavily inspired by thoughtful conversations and a deep love for nature. When she is not creating, she can be found tending to her garden, petting a cat or skating around the island.

Ray Toh is an experienced concept artist and illustrator based in Singapore. He provides visual solutions for clients from different industries, ranging from game concept, animation concept development, and storyboarding to advertising illustration. Besides client work, he also teaches part-time, guiding and sharing his knowledge with a generation of upcoming artists.

A graduate of Temasek Polytechnic and the Glasgow School of Art, Teo has worked freelance on a variety of projects ranging from motion graphics and illustration to application design as well as product design. 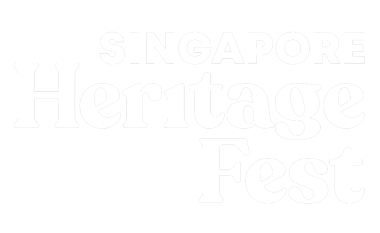 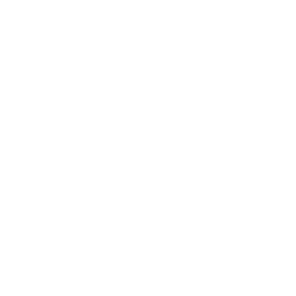 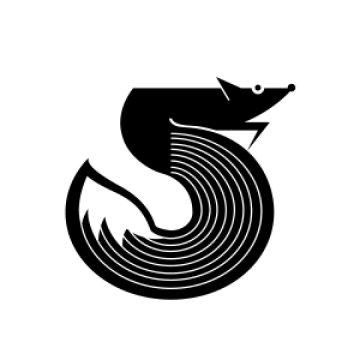